Posted by LiveSciFi.tv at 5:37 PM No comments:

Over the past two weeks since we have been doing the ITC sessions, the responses have been getting more and more malevolent in nature. Here is a clip of some the responses, if you wish to join us for on these broadcasts you can do so by going to
our forums.

Videos are surfacing at high rate over a mass UFO sighting over Jerusalem about on FEB 1st. Even the Israeli press now seems to trying to cover it up go figure. For more information click on the below link for the HD vid. The fourth video surfacing seems to be the clearest one yet. To view click the link below.

More to up dated soon as more information becomes pertinent.
Posted by LiveSciFi.tv at 11:21 PM No comments:

The upcoming 72 Hour LIVE ghost at the Sallie House is rapidly approaching and instead of packing our gear we have decided to keep investigating the location until our flight leaves. How you ask? In preparation for this broadcast we have been trying out a new theory that ITC(Instrumental Trans Communication) can be used as form of remote communication. To illustrate this we have been trying to conduct audio ITC experiments from a remote California location, and once we get on location EVP, ITC data collection will occur. It is our thought that the responses remotely and once on location could go hand in hand to together, and further point us into the right direction of even greater evidence retrieval.

A lot of people are very unfamiliar with various forms of ITC (Instrumental Trans Communication)and often associate it with being something that has been only developed and practiced recently however Tesla and Thomas Edison are often credited with its origins. With the explosion of technology and the net individuals are able to set up there own sessions and with quite familiarity and get stunning results.

The set up we are using is quite basic although we have tweaked a number of things to suit our own experiments that we are running. In a nut shell we have been running; radio shack hacked version of Franks Box, jailbroken iphone 4.0 and 3.0, iovilius, ghostradar, m2, and digital dowsings ITC app, crossover talk, and 8bit to 16bit sound recorders. The radio-shack hack is slightly modified so that instead of randomly scanning one band its scans, fm, am and shortwave at the same time. Our iphones are jailbroken so that all the words from the various itc devices instead of being stored on the phone also getting pushed to databases on the computer, and when crossovertalk is used the words get pushed out to that as well.

The experiment has progressing and each night and contact appears to be coming through clearer and clearer, as if something or someone is warning us about a malevolent spirit named "Belezebub". 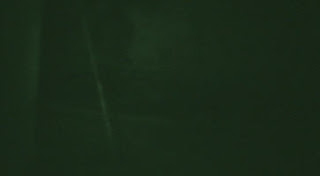 I thought I would post this video up as I thought it would be interesting for people to check out. Given how notoriously hard shadow people are to capture on film this video I feel is one of the best video captures of one that I have ever got. Before you view the video it is important to note that there was only one Infrared light source which was on the video camera while this shot, and there was nobody behind the person taking the video.

Below are some of the pics that our viewers took tonight during the video feedback loop itc session. When I get time I will be posting up some of the caps that I took from tonight as well. Many of the viewers as well as myself were fascinated by the number of faces that were appearing throughout the night. More pics to follow shortly. Special thanks to chew and to ravens! 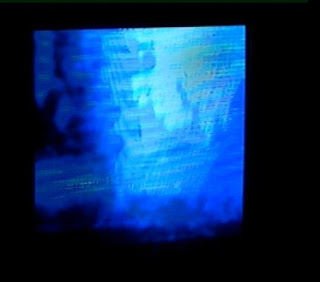 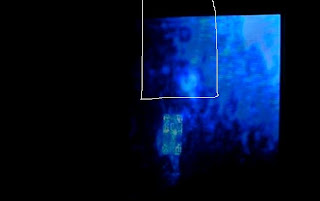 Posted by LiveSciFi.tv at 11:18 PM No comments:

With the emergence of powerful hand held devices such as apple’s iphone and motorola/google’s andriod it is now wonder that makers of field equipment used in paranormal investigations are starting to feel the need to tap into the “apps” market. When I first heard about the handful of apps out on the market I decided to give them a shot. At $1.99 for an emf apps iphone program I thought, why not. My errrr’d Thoughts of the most haunted hand held, “ghost detector” were over, or so I thought.
The first two apps that I tested are both hand ITC devices but had surprising results. The first to undergo the field test was the “Ghost Radar” app by Spudpicklez.

What does the Ghost Radar do, measure?

“Ghost Radar measures and analyzes small fluctuations in the Quantum Fluctuations around your iPhone or iPod touch. When the radar first starts it will be very sensitive to the noise in your environment perhaps giving false readings. After several minutes of self adjustment the radar will learn how to filter out the noise. The longer the radar is allowed to run the more sensitive it becomes to anomalous readings. What those readings mean and how you interpret them is up for debate. The theory of what is happening is that intelligent energy can be made aware of their ability to influence the sensors of the iPhone and iPod touch. Much like the theory behind anomalous readings of a K-II meter. Try asking entities to interact with Ghost Radar.”
Now during a number a field tests we did get a number of words that it did pull up on the device. About 50% of the questions that we asked did have a relative answer. One of the things that we do like about this app is the user has the ability to data log and email out the words that app crunched out, which is especially useful. The biggest thing that we don’t like about the app is that it is nearly impossible to understand the raw data that is constantly being flashed on the screen. For a $1.99 though it is a fun device to play with, however I would not consider a must have for any investigator.

On the flip side the iovilus app was horrible. I would of thought that the app would of been much better than its predecessor. Instead it was a huge disappointment. Just like the original ovilus the words are impossible to understand and they aren’t even displayed on the screen. There are no additional settings, such as dowsing mode, emf, etc mode.I would spend the $1.99 that they charging for the app and would instead enjoy spending that on a toilet paper. I could not find the app deletion quickly enough on my phone.

I do believe that the Ghost Radar definitely has the hands up in these handheld itc devices. Whether or not these devices improve in the future or lean more towards the “hoaxy” hollywood esque type of genre remains to be seen.

Posted by LiveSciFi.tv at 11:14 PM No comments: